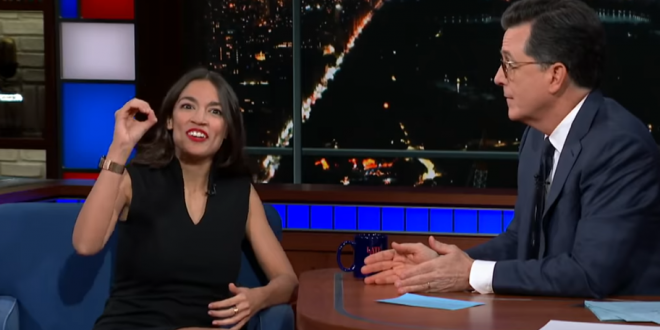 Freshman New York Rep. Alexandria Ocasio-Cortez (D) in an interview late Monday said she gives “zero” f—s about criticism she’s received from members of her own party. “I want to ask this question in a respectful manner, knowing also that you’re from Queens, so you will understand this question,” he continued.

“And the BX,” Ocasio-Cortez, who is also from the Bronx, laughingly injected. “On a scale from zero to some, how many f—s do you give?” After taking a moment to deliberate, Ocasio-Cortez reached into her side and pulled out her hand to make a circle, saying: “I think it’s zero.”