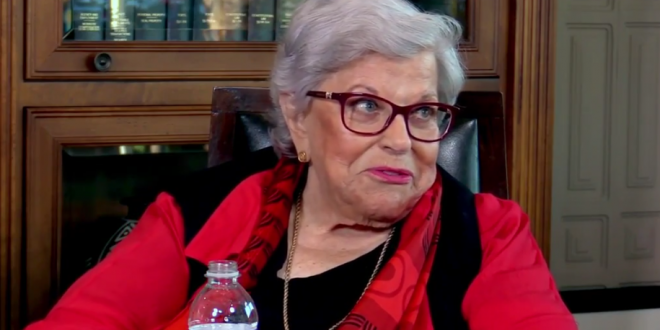 But there was one more celebration. A film festival official called her Saturday night, Jan. 12, and said her documentary had been named one of the Best of the Fest. Ballard was thrilled, said her closest friend, Myvanwy Jenn. Then she began to fade away.

Ballard, 93, died Monday night at her home in Rancho Mirage after lapsing into unconsciousness less than a week after being notified that “Kaye Ballard: The Show Goes On” would go on to have another festival screening as a Best of the Fest.

In addition to many appearance on film and television, Ballard performed in multiple Broadway shows including The Pirates Of Penzance and Carnival.