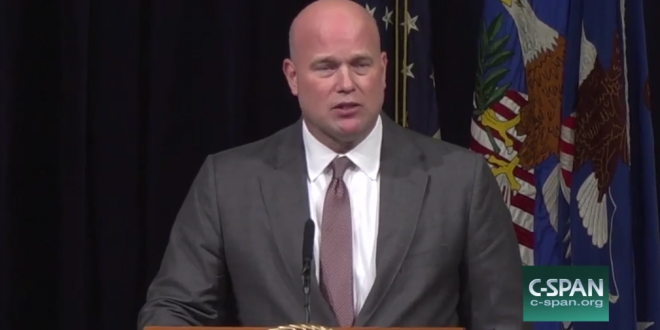 The head of the Justice Department said Monday that special counsel Robert S. Mueller III’s Russia investigation is nearing an end — the first official acknowledgment that the probe that has ensnared President Trump may soon reach a conclusion.

Acting attorney general Matthew G. Whitaker made the comment during a news conference about an unrelated subject — indictments stemming from a Chinese technology firm.

Asked about his view of the Mueller probe, given critical comments he had made while working as a television pundit before he started working at the Justice Department, Whitaker said that those statements were offered while he was as a private citizen.