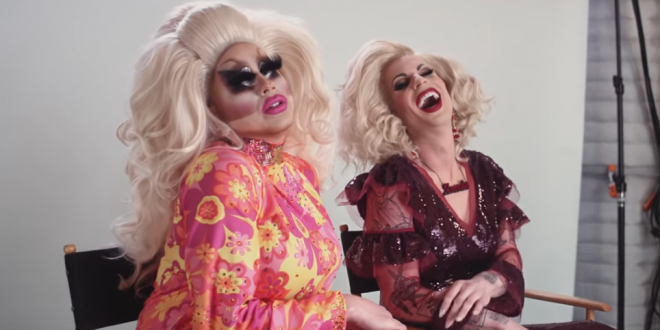 Cut to a Battle Bus full of YouTube personalities (Ninja is driving, naturally). They parachute onto “Fortnite’s” island and engage in some shopping cart related hijinks.

Of course, there is also plenty of “Fortnite” dancing. The emotes are nearly as popular as the game itself, and everyone — including “The Daily Show” host Trevor Noah and comedian John Oliver — does the Floss and Takes the L.

The annual recap touting “the videos, music and trends that defined YouTube in 2018” has become the second-most disliked video in the website’s history. YouTube Rewind 2018 has amassed more than 6.8 million dislikes at the time of writing, second only to Justin Bieber’s 2010 single Baby which was disliked more than 9.7 million times.

But while Bieber’s dislikes came over the past eight years, YouTube was able to reach the milestone in just three days. Rewind 2018 has come in for criticism for not including some of the site’s top stars, including Logan Paul, Shane Dawson and PewDiePie – with the video’s comments dominated by people asking where the website’s most-subscribed to YouTuber is.

Besides Adam Rippon and RuPaul’s Drag Race contestants, other notable gays I spotted in the clip include the duo behind ASAP Science. There’s probably more.