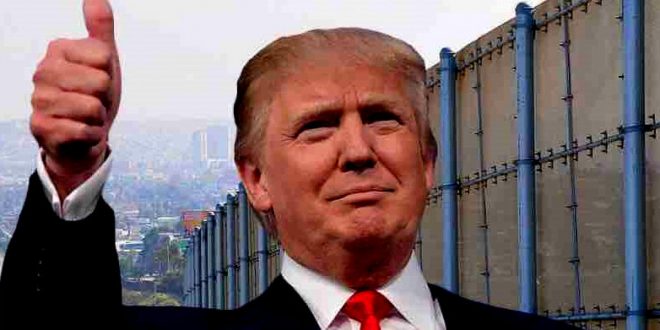 President Donald Trump has repeatedly threatened to shut down the government over funding for his border wall. But as the question of money for his campaign proposal once again roils Congress, one man thinks he may have found a solution: Crowd-funding.

Brian Kolfage, a 37-year-old Florida resident who was severely wounded in the Iraq war, has started a GoFundMe campaign to complete Trump’s signature pledge. The campaign has raised over $2 million in the three days since it started, with an overall goal of $1 billion.

From the GoFundMe page:

As a veteran who has given so much, 3 limbs, I feel deeply invested to this nation to ensure future generations have everything we have today.

Too many Americans have been murdered by illegal aliens and too many illegals are taking advantage of the United States taxpayers with no means of ever contributing to our society.

I have grandparents who immigrated to America legally, they did it the correct way and it’s time we uphold our laws, and get this wall BUILT!It’s up to Americans to help out and pitch in to get this project rolling.

“If the 63 million people who voted for Trump each pledge $80, we can build the wall.” That equates to roughly 5Billion Dollars, even if we get half, that’s half the wall. We can do this.