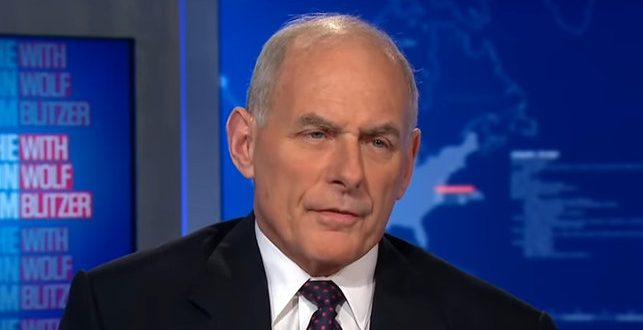 Trump Tells Reporters: John Kelly Is Out By Year’s End

John Kelly will depart as White House chief of staff near the end of this year, President Trump told reporters Saturday. The president said he would announce Kelly’s replacement in the next few days.

Kelly’s exit comes after several months of relative personnel stability in an infamously tumultuous White House. But with the midterm elections now over and Democrats having won control of the House of Representatives, Trump concluded that now was the time for a shakeup he’s long wanted.

For many months now, the relationship between Kelly and Trump had reportedly been deteriorating, and his departure has long been rumored to be imminent.

Trump did not announce who would replace Kelly, but said that would come in a day or two.

The last of the adults. Now Trump is totally unleashed. Yikes. https://t.co/Ym4Avn6uuy

Trump says chief of staff John Kelly will leave at the end of the year. Trump had previously said that Kelly agreed to stay on through at least 2020.

BREAKING: Pres. Trump says that Chief of Staff John Kelly will be "leaving at the end of the year."

BREAKING: President Donald Trump says White House chief of staff John Kelly will be leaving his post at the end of the year https://t.co/3e3TL8DSfo pic.twitter.com/OlKEjpah3a