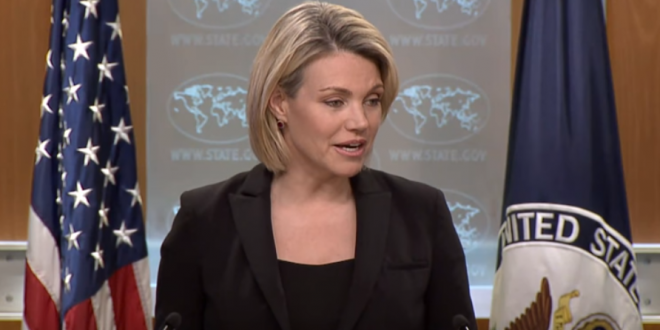 Nauert, 48, is an unorthodox choice for the UN role given that she had little experience in government or foreign policy before joining the administration in April 2017 after several years as an anchor and correspondent for Fox News, including on the “Fox and Friends” show watched by Trump.

Previous Tucker Carlson: Trump Is Not Capable Of “Sustained Focus” And Hasn’t Kept Any Of His Biggest Promises
Next CHATTER AWAY: Overnight Open Thread