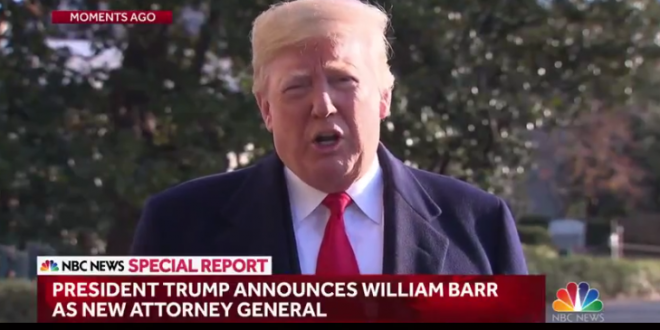 President Donald Trump said Friday he will nominate former Attorney General William Barr to again lead the Justice Department, a move that could have ramifications for the investigation into Russian meddling in the 2016 election.

The attorney general for President George H.W. Bush from 1991 to 1993, Barr in recent months has criticized aspects of the Russia investigation and defended many of Trump’s actions, including his dismissal of FBI Director James Comey.

If confirmed, Barr would replace attorney general Jeff Sessions, who was dismissed last month by Trump. The president had constantly criticized Sessions’ decision to recuse himself from the Russia investigation because he had been involved with Trump’s campaign in 2016.

What William Barr has said:

JUST IN: President Trump says he will nominate William Barr as attorney general and Heather Nauert as UN Ambassador.@abbydphillip has the latest: https://t.co/f5GWpozKIV pic.twitter.com/KaDVtmPdVU