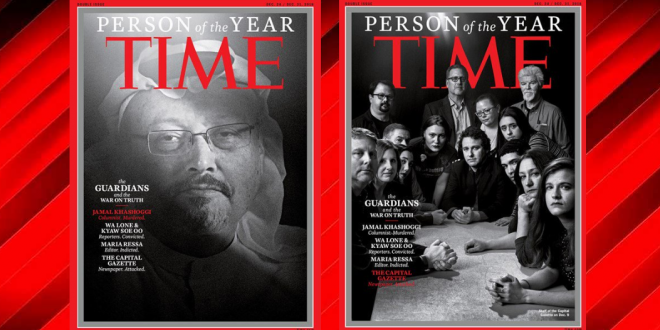 A group of journalists whose work has landed them in jail — or cost them their lives — have been named TIME’s Person of the Year for 2018. “Like all human gifts, courage comes to us at varying levels and at varying moments,” the magazine’s editor-in-chief Edward Felsenthal wrote in an essay about the selection.

“This year we are recognizing four journalists and one news organization who have paid a terrible price to seize the challenge of this moment: Jamal Khashoggi, Maria Ressa, Wa Lone and Kyaw Soe Oo and the Capital Gazette of Annapolis, Md.”

The magazine revealed its choice of “The Guardians and the War on Truth” on Tuesday on TODAY, along with the four magazine covers featuring Khashoggi, Ressa, the Gazette staff and the wives of Wa Lone and Kyaw Soe Oo. 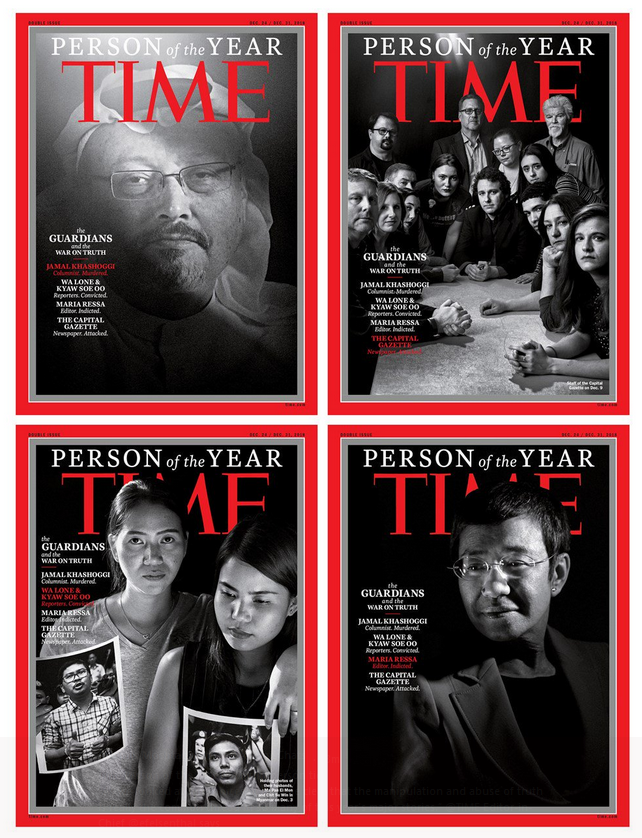