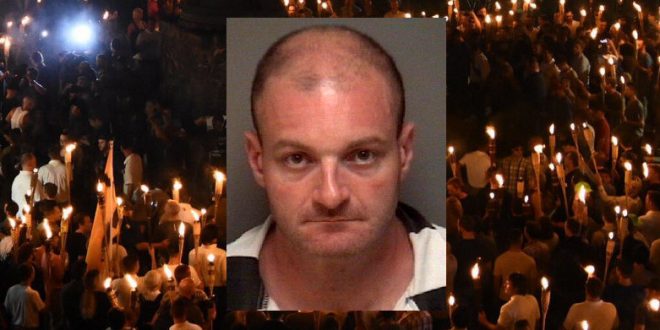 The Crying Nazi Issues Threat After Verdict For Killer Driver: The “Next Robert Bowers” Is Coming For You

Christopher Cantwell, better known as the Crying Nazi, has posted a reaction to yesterday’s first degree murder conviction of James Alex Fields. From his Gab account:

Charlottesville and the broader Left celebrate prematurely tonight. The show trial and CONviction of James Fields is merely a symbolic victory for you, which you’ll forget in short order. He was not an intellectual leader or military necessity. You made no material gain here.

It is likewise symbolic for us. We lost nothing, but we will never forget. Knowing that any of us could be next, it will drive us toward your complete and total destruction, as a matter of necessity for our very survival. The next Dylann Roof, the next Robert Bowers, he’s not going to go out blasting and be out of the fight.

You are creating an army of fanatics who are ready to die, but the ones who are listening to me, are going to put in the massive amounts of unpleasant work, that will be required to make sure history treats you worse than it did Hitler. “

Dylann Roof is the white supremacist who killed nine in a South Carolina church. Robert Bowers is the Pittsburgh synagogue shooter.

Last week Mic reported that Cantwell has been threatening a lesbian reporter covering the trial:

“Dear Molly Conger, You will pay for your lies,” Cantwell wrote early Tuesday morning. Conger told Mic that Cantwell’s most recent threats on Gab were far from the first time he has verbally attacked her. Earlier this year, she said he told some of his podcast listeners to break into her home and sexually assault her.

“If I were a little less fried, I could dig up the audio of Cantwell encouraging a caller to come to my house and rape me until I’m not gay anymore,” Conger said late Tuesday night after spending all day covering Fields’ trial inside Charlottesville’s circuit courthouse.