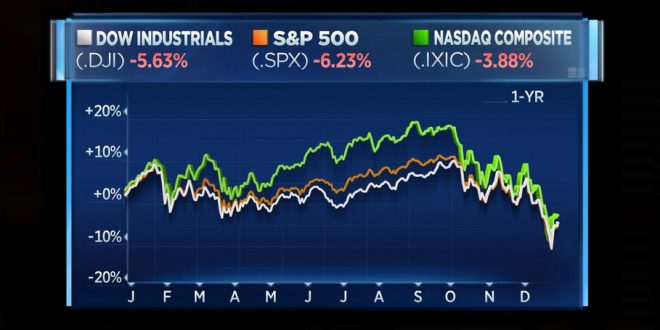 The stock market ended a miserable year on a positive note but still closed out 2018 with its worst showing in a decade.

After setting a series of records through the late summer and early fall, major US indexes fell sharply after early October, leaving them all in the red for the year on Monday.

The S&P 500 ended the year down 6.2 percent, the Dow Jones Industrial Average 5.6 percent. It was the worst year for US stocks since the 2008 financial crisis.

Previous Federal Workers Union Sues Trump Over Shutdown
Next Trump On Whether Elizabeth Warren Can Win In 2020: I Don’t Know, You’d Have To Ask Her Psychiatrist [VIDEO]