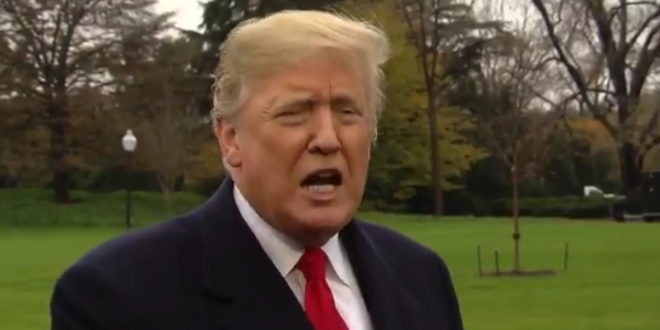 Stocks Crater After Trump’s “I Am Tariff Man” Tweet

Stocks fell on Tuesday, after President Trump sowed confusion over the status of a truce in the trade war between the United States and China, while the bond market, often considered a safe haven for investors, sent a stark warning about expectations for an economic slowdown. The S&P 500 dropped more than 3 percent, with economically sensitive financial and transportation stocks sliding.

The Trump administration and Beijing said on Saturday that they had essentially reached an agreement to pause the trade war for 90 days while the two sides try and reach a formal trade deal. The S&P 500-stock index had climbed more than 1 percent on Monday following news of that deal. But Mr. Trump’s tweet on Tuesday seemed to undercut the promise of that agreement.

….I am a Tariff Man. When people or countries come in to raid the great wealth of our Nation, I want them to pay for the privilege of doing so. It will always be the best way to max out our economic power. We are right now taking in $billions in Tariffs. MAKE AMERICA RICH AGAIN

holy crap there was actually already a political cartoon for Tariff Man pic.twitter.com/SWBH4eONIT