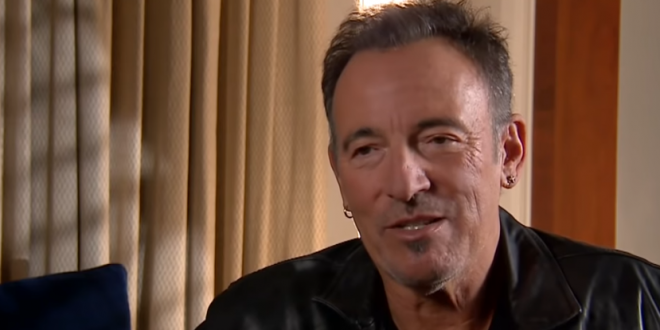 Springsteen: I’m Not Seeing A Dem Winner For 2020

Donald Trump voters, the Boss feels your pain. Bruce Springsteen credited, or blamed, the rise in popularity of populist Trump that resulted in his becoming president on the loss of jobs, technical innovations and a rapid pace of change in the country that’s been unaddressed by both Democrats and Republicans.

“I think that there are a lot of reasons people became Trump voters,” said Springsteen to the Sunday Times Magazine of London. “You had severe blows to working people in the 1970s and 1980s as all the steel mills shut down. Then you had an explosion of information technology. These are life-changing, upsetting occurrences.”

So far, a second term for Trump looks likely to Springsteen. “I don’t see anyone out there at the moment,” said Springsteen of the 2020 election. “The man who can beat Trump, or the woman who can beat Trump. You need someone who can speak some of the same language (as Trump) and the Democrats don’t have an obvious, effective presidential candidate.”

Springsteen campaigned for both Obama and Hillary.