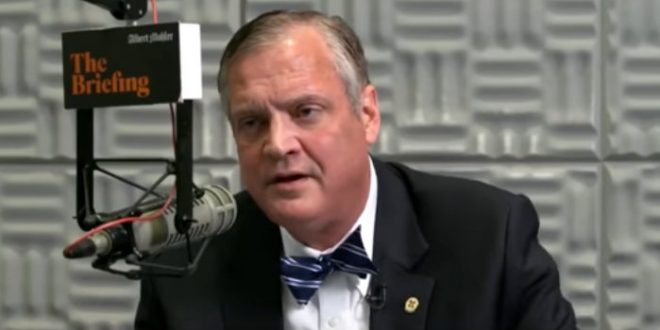 More than two decades after the Southern Baptist Convention — the country’s second-largest faith group — apologized to African Americans for its active defense of slavery in the 1800s, its flagship seminary on Wednesday released a stark report further delineating its ties to institutionalized racism.

The year-long study by the Southern Baptist Theological Seminary found that all four founding faculty members owned slaves and “were deeply complicit in the defense of slavery,” R. Albert Mohler Jr., president of the seminary, wrote in his introduction to the 72-page report he commissioned.

The Southern Baptist Convention was founded in 1845 when its members defended the right of missionaries to own slaves.

“What we did not know and should have known was the degree to which open expressions of white racial supremacy were a part of the defense of slavery even on the part of some of the founding faculty of this school,” he said.

In 1995, the SBC addressed its pro-slavery origins, drafting a resolution publicly apologizing to all African Americans and repenting for the convention’s “[conscious] and unconscious” racism throughout its 150-year existence.

More than 20 years after that public statement, it was time for the convention’s first seminary to come to terms with its past as well, wrote Mohler in a two-page letter released with the report.

Though Southern Seminary was included in the “spirit and substance” of the 1995 resolution from the SBC, Mohler wrote, the school needed to express more candidly its historical connection to slavery, Jim Crow segregation, racism and white supremacy.