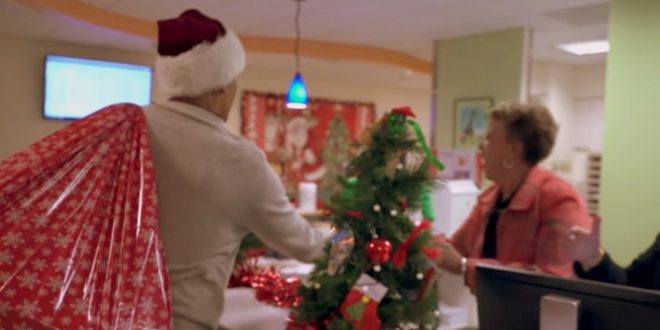 Barack Obama has already tackled the second-hardest job in the world as U.S. President, but on Wednesday he donned the hat of the busiest guy in the world — Santa Claus.

“My reindeer were stuck in some snow and I just wanted to make sure I made the trip and had the chance to see all of you guys, said Obama in the hospital’s playroom.

Merry Christmas and happy holidays to the extraordinary kids, families, and staff at Children’s National. And thanks for humoring me as your stand-in Santa. https://t.co/mFmYCVk7cr

Barack Obama dresses up as Santa to deliver presents and hugs to sick children at National hospital in DC https://t.co/NYkXd3HThT pic.twitter.com/mks2Jf2mlu