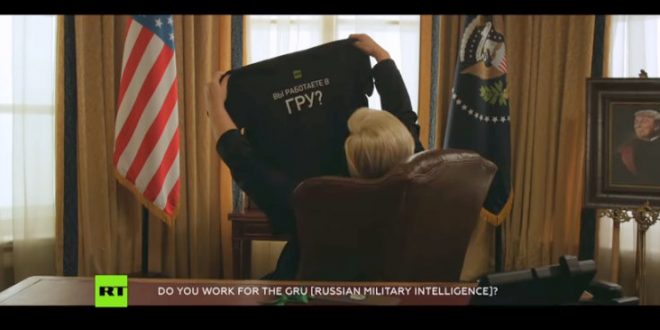 Trump tosses the bust of Kim aside before opening his next gift: A “Make America Great Again” hat boasting a “Made in China” label. The final unmarked package is revealed a t-shirt in Russian that reads “Do you work for the GRU? [Russian Military Intelligence].”

The final scene shows first lady Melania Trump wearing the t-shirt as Trump lies in bed looking at an iPad.

One of the gifts is a crown from the “Saudi king.”