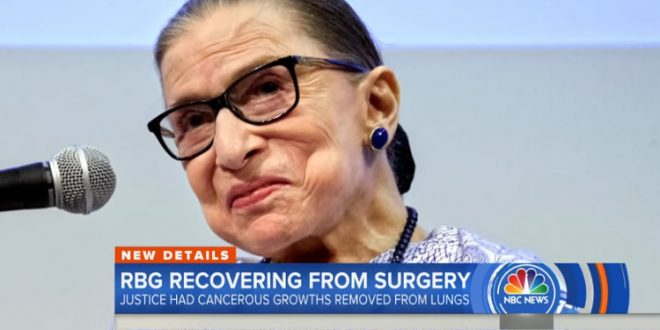 REPORT: Notorious RBG Is Working From The Hospital

Supreme Court Justice Ruth Bader Ginsburg is up and working as she recuperates from cancer surgery.

A spokeswoman for the court, Kathy Arberg, also says that Ginsburg remained in New York at Memorial Sloan Kettering Cancer Center on Sunday. No information has been released on when Ginsburg might return home.

The court next meets on Jan. 7. Despite her health problems, Ginsburg has never missed arguments.