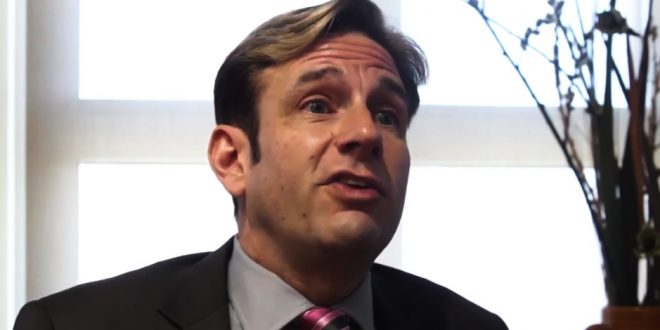 Professor Apologizes For “Satirical” Call To Tax And Regulate Homosexuality: I’m Actually A Gay Man Myself

Yesterday the House Workforce Committee canceled a hearing on the minimum wage after one of its witnesses, San Diego State economics professor Joseph Sabia, was revealed to have written misogynistic and anti-gay blog posts, one of which called for “taxing and regulating homosexual acts.”

Well, we have an update:

In a statement, Sabia apologized and said the post was satirical. “I regret the hurtful and disrespectful language I used as a satirical college opinion writer 20 years ago,” he said in an email.

“My peer-reviewed professional work on veterans’ health, school shootings, discrimination against LGBTQ individuals, the opioid crisis, and the minimum wage are a more accurate representation of my more than 14 year career as an applied microeconomist.”

In a subsequent statement, Sabia also denied allegations of homophobia. He said he is “a gay man in a long-term, committed relationship and these charges of homophobia deeply hurt both me and my family.”

From those “satirical” posts:

“Homosexual activity has been responsible for devastating health outcomes — deadly HIV, hepatitis B, and various other sexually transmitted diseases,” he wrote.

“When two random men get together and choose to have sex, there is not an insignificant risk of infection and death. And if these infected men then go on to have sex with women, then you have women — and possibly children — who will be stricken with AIDS.”

In a separate post, Sabia wrote that college girls should be considered “unpaid whores,” while writing that feminism had “taught young women that equality is achieved by acting like promiscuous sluts.”