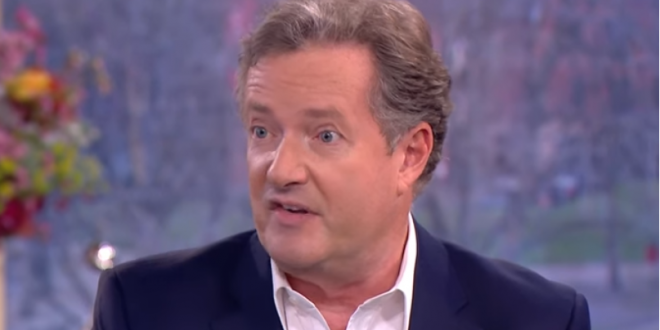 Piers Morgan Begs Trump: Make Me Your Chief Of Staff

While Piers notes his qualifications may not be immediately obvious when compared to a “hugely respected war hero like General John Kelly,” Morgan argues “the key thing is to have someone at your side that understands you, has known you a long time, likes you and commands your respect.”

Morgan proceeds to enumerate the qualities Trump himself reportedly used to describe the contestant after his appearance on the president’s Celebrity Apprentice, writing, “let’s be honest, what more could you possibly want from your Chief of Staff? You could have been talking about yourself!”

*NEW: Why I am the obvious candidate to be President ⁦@realDonaldTrump⁩’s new Chief of Staff. https://t.co/YNZS5eJFMz