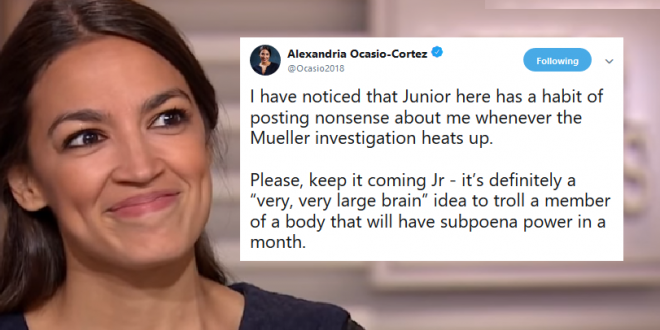 Democratic Rep.-elect Alexandria Ocasio-Cortez (N.Y.) fired back at Donald Trump Jr. on Friday after the president’s eldest son shared a meme implying that her democratic socialist views would lead to Americans eating dogs.

Since pulling off this one of this year’s biggest upsets during primary season when she unseated Rep. Joe Crowley (D-N.Y.), Ocasio-Cortez has become a top target for many conservative pundits and lawmakers for her policy proposals and democratic socialist views.

I have noticed that Junior here has a habit of posting nonsense about me whenever the Mueller investigation heats up.

Please, keep it coming Jr – it’s definitely a “very, very large brain” idea to troll a member of a body that will have subpoena power in a month. 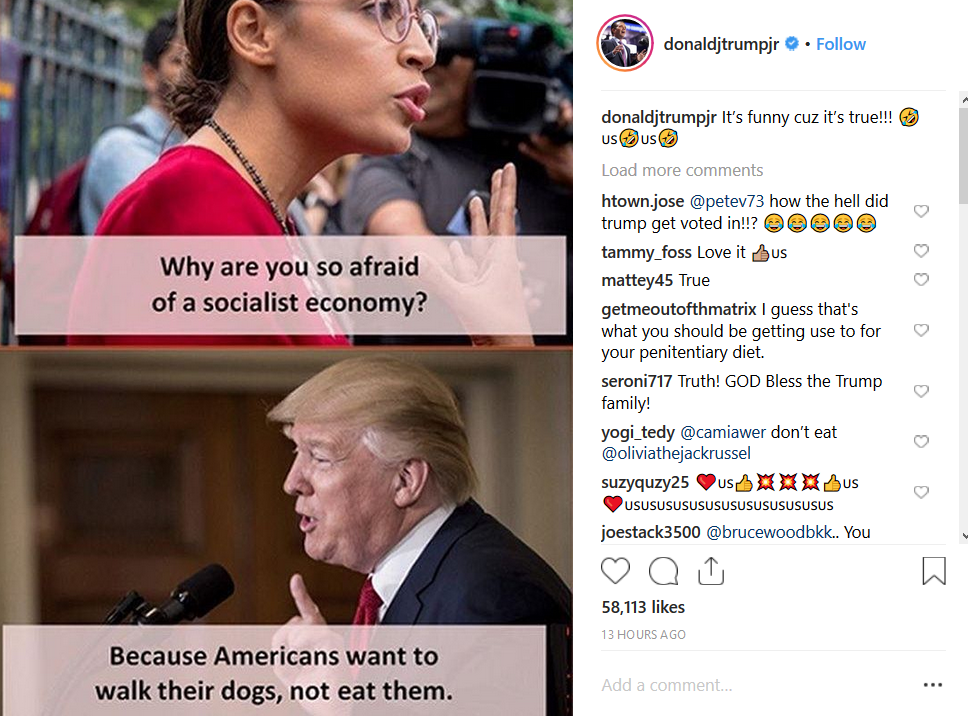