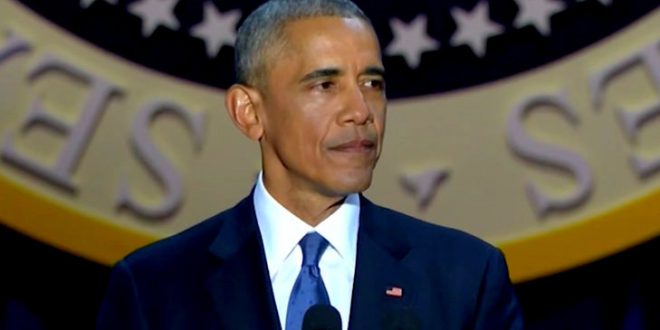 America has lost a patriot and humble servant in George Herbert Walker Bush. While our hearts are heavy today, they are also filled with gratitude. Not merely for the years he spent as our forty-first President, but for the more than 70 years he spent in devoted service to the country he loved – from a decorated Naval aviator who nearly gave his life in World War II, to Commander-in-Chief of our Armed Forces, with plenty of posts along the way. Ambassador to the United Nations. Director of Central Intelligence. U.S. Envoy to China. Vice President of the United States.

George H.W. Bush’s life is a testament to the notion that public service is a noble, joyous calling. And he did tremendous good along the journey. Expanding America’s promise to new immigrants and people with disabilities. Reducing the scourge of nuclear weapons and building a broad international coalition to expel a dictator from Kuwait. And when democratic revolutions bloomed across Eastern Europe, it was his steady, diplomatic hand that made possible an achievement once thought anything but – ending the Cold War without firing a shot.

It’s a legacy of service that may never be matched, even though he’d want all of us to try.

After seventy-three years of marriage, George and Barbara Bush are together again now, two points of light that never dimmed, two points of light that ignited countless others with their example – the example of a man who, even after commanding the world’s mightiest military, once said “I got more of a kick out of being one of the founders of the YMCA in Midland, Texas back in 1952 than almost anything I’ve done.”

What a testament to the qualities that make this country great. Service to others. Commitment to leaving behind something better. Sacrifice in the name of lifting this country closer to its founding ideals. Our thoughts are with the entire Bush family tonight – and all who were inspired by George and Barbara’s example.