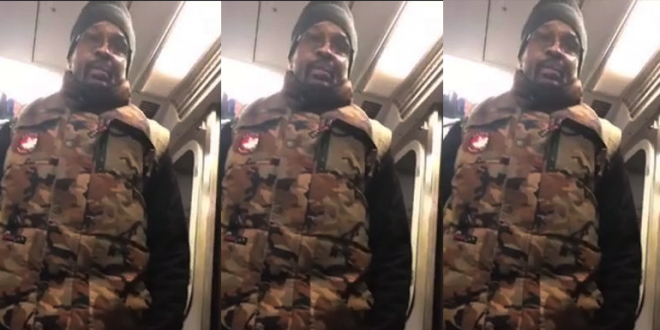 A homophobic straphanger sucker-punched a woman on a train, sending her to the hospital with a broken spine – all because he thought she was a lesbian, cops said Saturday. The man became incensed after he saw another woman peck the victim on the cheek Nov. 30 at about 5:10 p.m. aboard an E train in Queens, said police.

The suspect called the woman who was kissed a “d—e,” a derogatory term for a lesbian woman, police sources said. The 20-year-old woman argued with the enraged bigot, and then tried to walk away, cops said. The man followed and punched her in the back of the head. He then threw her to the ground, causing her to hit her head on the train floor.

Previous Roger Ailes Doc Grosses $12K On Opening Weekend
Next James Comey: Defeat Trump In 2020, Impeachment Would Leave A Third Of The Country Calling It A Coup