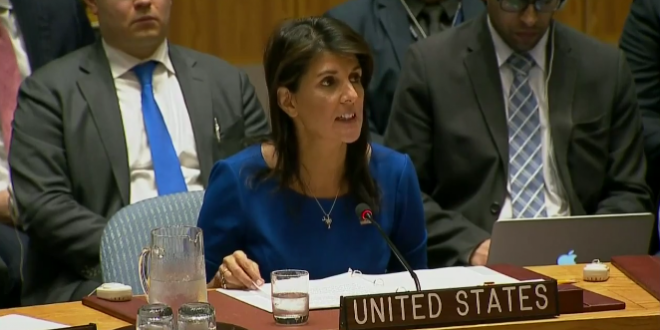 Amb. Nikki Haley Suggests US Leave United Nations: The American People Need To Decide If It’s Worth It

As Nikki Haley finishes her tenure this month, the woman who has spent the last two years representing the U.S. at the United Nations has a question for the American public: Should the U.S. remain a member?

“The American people need to decide if it’s worth it,” she said in an interview with a small group of journalists this week. There is a lot of waste and abuse at the UN, she said, and it is often “politically unfair” to the U.S. and its allies.

That said, she also noted that the UN was the vehicle for imposing tough sanctions on North Korea and an arms embargo on South Sudan. “There are rays of light,” she said. “But the verdict is still out.”

Previous Trump Decided To Leave Syria After Call With Turkey’s President, Did Not Consult Pentagon Or Any US Allies
Next Trump Blames Democrats For Shutdown Ten Days After Telling Schumer “I’m Not Going To Blame You For It”