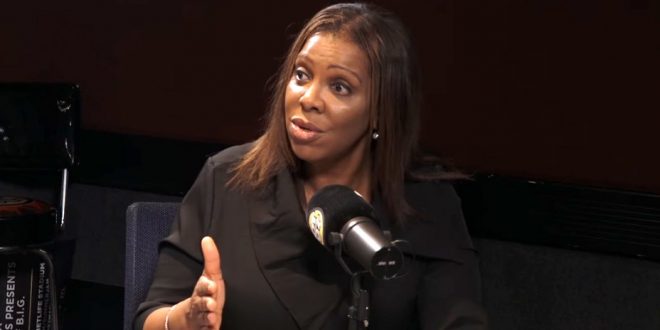 New York Attorney Gen.-elect Letitia James says she plans to launch sweeping investigations into President Donald Trump, his family and “anyone” in his circle who may have violated the law once she settles into her new job next month. “We will use every area of the law to investigate President Trump and his business transactions and that of his family as well,” James, a Democrat, told NBC News in her first extensive interview since she was elected last month.

James outlined some of the probes she intends to pursue with regard to the president, his businesses and his family members. They include: Any illegalities involving Trump’s real estate holdings in New York, highlighting the October New York Times investigation into the president’s finances, the June 2016 Trump Tower meeting with a Russian official, examine government subsidies Trump received, which were also the subject of Times investigative work.

There is no place for corruption of any kind in New York, period. As Attorney General, I will stand up to anyone who abuses public trust or cheats hardworking New Yorkers & I'll use the full powers of the office to hold bad actors accountable. https://t.co/QqZuzjzsnM

"We will use every area of the law to investigate President Trump and his business transactions and that of his family as well." —Letitia James, New York's incoming AG https://t.co/eUMw5bWPSw

Previous Frothy Mix: I Don’t Want To Be Trump’s Chief Of Staff
Next Eric Swalwell: I Do See A Path To Running For President