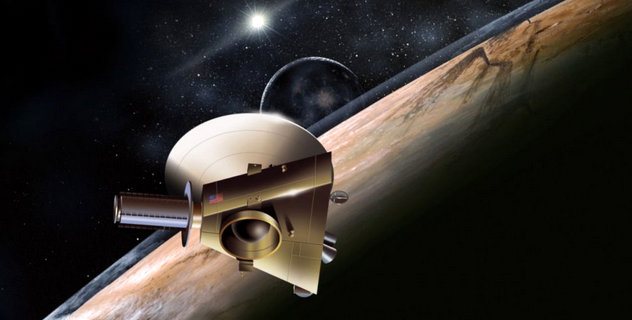 On New Year’s Day, NASA’s New Horizons spacecraft is expected to make history by conducting the most distant flyby ever, by zooming past an object a billion miles past Pluto. It’s called “Ultima Thule,” meaning “beyond the known world.” The goal of the mission is to learn more about the building blocks of planets.

The spacecraft, which is the same one that sent back dazzling images of Pluto in 2015, is slated to be the first to explore an object in the Kuiper Belt — a region of icy bodies beyond the orbit of Neptune that are thought to be leftovers from the solar system’s early days.

Previous Lindsey Graham To Beg Trump To Reconsider On Syria: If The US Leaves The Kurds “Will Get Slaughtered”
Next Elizabeth Warren Changes Twitter Name Because 2020