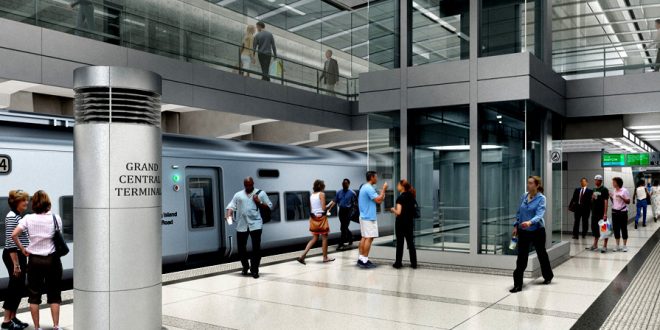 Deep in the bedrock 15 stories below the famous Grand Central Terminal, a cavernous construction site is slowly, and expensively, taking shape as a commuter rail hub that will accommodate more than 150,000 passengers a day.

East Side Access has been dogged by massive cost overruns and delays since construction began nearly a dozen years ago.

But Gov. Andrew Cuomo has brought in a manager who is focused on bringing the $11 billion project to completion by a new deadline in four years.

LIRR commuters, get ready for some train pain: the MTA announced Friday that multiple trains will be canceled or diverted for infrastructure projects next year — including the East Side Access megaproject that sources say is more than four years away from completion.

According to an MTA press release, the LIRR will divert or cancel seven of the 144 morning rush trains beginning Jan. 7, along with six of the 130 evening rush trains. The changes will be in effect until March 3.

The project will connect Grand Central to the main Long Island Railroad hub in Jamaica, Queens, reducing the insane load on the LIRR platforms across town at Penn Station. It’s the largest public works project currently underway in the nation.