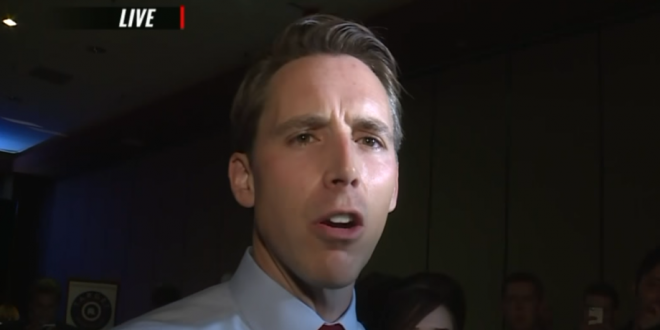 Missouri Secretary of State Jay Ashcroft has launched an investigation into a complaint that Missouri Attorney General Josh Hawley used public resources in his successful bid for the U.S. Senate.

The American Democracy Legal Fund on Nov. 2 filed a complaint with Ashcroft, claiming that Hawley used out-of-state political consultants to direct the activities of public employees in the attorney general’s office to raise Hawley’s political profile as he prepared to mount a campaign for U.S. Senate.

U.S. Sen. Claire McCaskill, D-Mo., argued in the campaign’s closing days that Hawley may have committed a crime by inviting political advisers to manage aspects of his office.

“It is against the law to use state resources for political gain,” McCaskill, a former prosecutor in Kansas City, said. “You cannot use taxpayer-paid staff to assist in any political purpose. The last attorney general went to prison for utilizing his office and his state staff to promote him politically. Those are the facts.”

Hawley first appeared on JMG in 2015 when as a candidate for Missouri attorney general he backed a proposal to legalize anti-LGBT business discrimination in the name of Jesus.