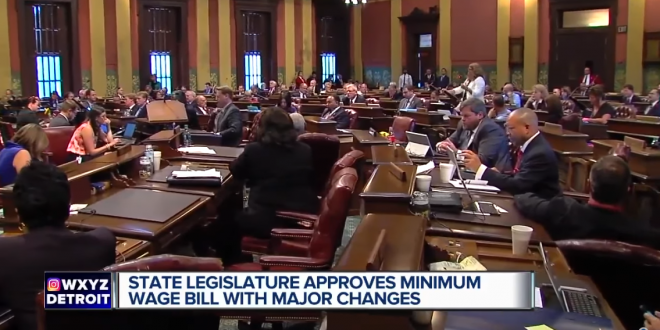 Amid a day of protests by hundreds of people across the Capitol on bills that change voter-approved ballot proposals and expand the authority of the Republican-controlled Legislature, the GOP voted to gut proposals to raise the minimum wage to $12 per hour and require employers to provide sick time for employees.

Protesters filled the rotunda of the Capitol to vent their frustration at Republican legislators who were passing bills that went counter to how the people voted on Nov. 6 . The changes are coming before the Democrats who won statewide offices up and down the ballot are sworn into office on Jan. 1.