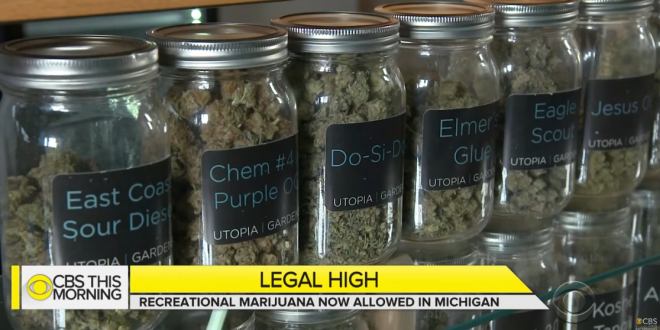 MICHIGAN: Legal Marijuana Use (But Not Sales) Begins

At 12:01 a.m. Thursday, Michigan turned green and became the 10th state in the nation to legalize marijuana for adult recreational use. But the old saying, “Smoke ’em if you got ’em,” carries many, many caveats.

Marijuana won’t be commercially available for sale until state regulators draft rules and regulations for the recreational market. They have until December 2019 and then they can begin to accept applications for licenses, with the first commercial retail sales expected in 2020.

After the medical marijuana industry was regulated in December 2016, the first licenses weren’t awarded until August 2018. In the meantime, people can grow up to 12 plants in their homes for personal use and they can give — but not sell — the product to friends and family.