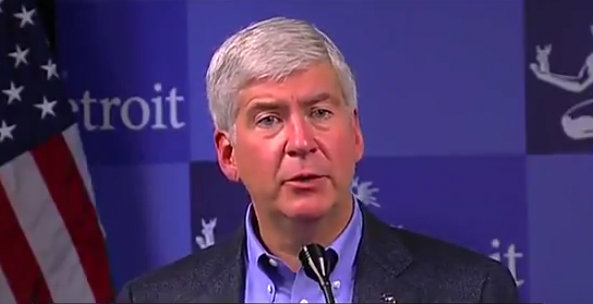 Republican Gov. Rick Snyder on Friday signed a law making it harder for groups to put proposals on the Michigan ballot, imposing a geographical-based requirement that could prevent them from gathering signatures for petitions mainly from the most populated areas.

The bill requires that no more than 15 percent of signatures required to get an initiative on the ballot come from any one of the state’s 14 congressional districts. Opponents of the bill say it will limit petition gatherers’ ability to gain signatures in densely populated urban districts because of gerrymandering.

Previous Loony Louie Gohmert: We Owe It To Our Country To Keep Shutdown Going Until Hell Freezes Over [VIDEO]
Next House Republicans Quietly End Probe Into FBI “Bias”