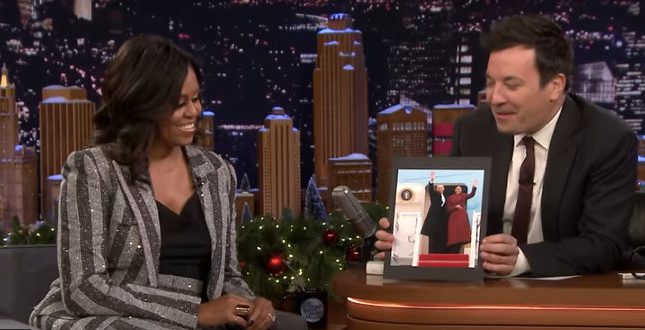 The Tonight Show’s Jimmy Fallon hosted book-touring former First Lady Michelle Obama on Tuesday, showing a photo of her with President Barack Obama on Donald Trump’s inauguration day, waiving from Air Force One, asking what had been on her mind at that moment.

“Bye, Felicia,” Michelle responded, speaking volumes and reducing Fallon to giggles. “A lot was going on that day,” added Obama, who was making her first visit to Fallon’s show while promoting her book, Becoming.