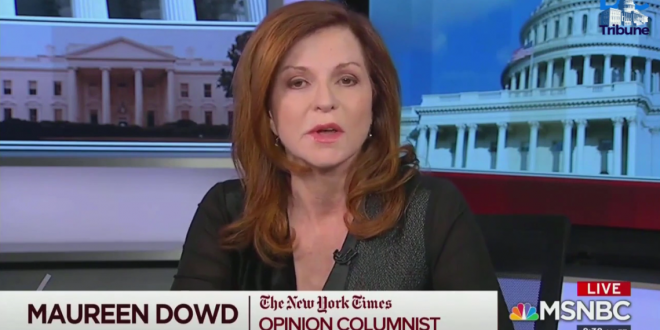 Maureen Dowd: GHWB Disliked Trump So Much He Would Throw His Shoe At The Television Set [VIDEO]

“I asked him ‘What do you think of this Trump birther thing?’” Dowd said — describing a conversation she’d had with Bush during the 2016 Republican primary.

“And he just said – am I allowed to say that word on air? – he said, you know, in essence, he’s a jerk — with a different word. I heard later that he was throwing a shoe at the television set when Trump came on,” Dowd said.

Dowd has related the same story recently in the New York Times and on Bill Maher’s show.