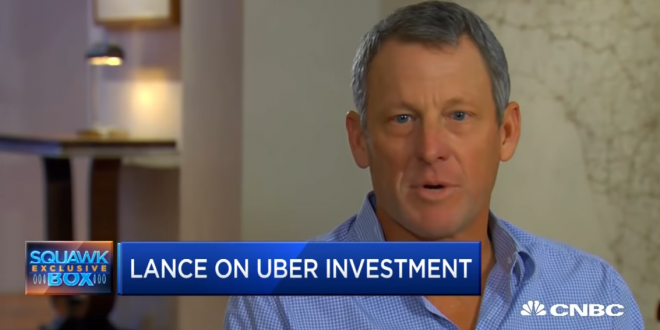 Now 47, Armstrong reached a $5 million settlement with the US federal government in April when they could have sought up to $100 million if the doping fraud suit went to trial. But that doesn’t appear to come close to the windfall he’s made on an early investment in Uber.

The Texas native invested $100,000 with a venture capital firm in 2009, the bulk of which went to the ride-sharing app that he says was valued at just $3.7 million at the time.

Today, as the company prepares for its IPO, banks have valued it as high as $120 billion. That could make Armstrong’s shares worth more than $3 billion, but he declined to reveal the exact figure, simply telling CNBC the number is “too good to be true” and “it’s saved our family.”