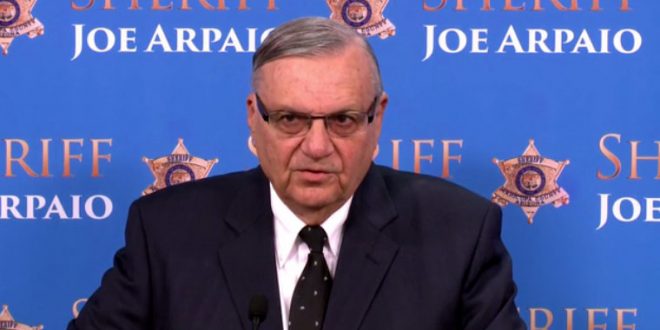 Former sheriff Joe Arpaio is suing media figures and companies for defamation, false light, and interference with business relations over allegations that several outlets and high-profile reporters incorrectly referred to him as a convicted felon and otherwise misrepresented his criminal record.

“Plaintiff Arpaio has been the target of three separate defamatory publications that falsely refer to and defamed him per se as a convicted felon,” the filing alleges.

Arpaio was actually convicted of misdemeanor contempt of court. As Talking Points Memo points out, Rolling Stone and the HuffPo both quickly added corrections to their stories than remain online today. As for CNN’s Chris Cuomo, it’s not clear if a correction was offered. Arpaio is being represented by, you guess it, Larry Klayman.

Previous VIRGINIA: Killer Nazi Gets Life Sentence Plus 419 Years
Next Piers Morgan Begs Trump: Make Me Your Chief Of Staff