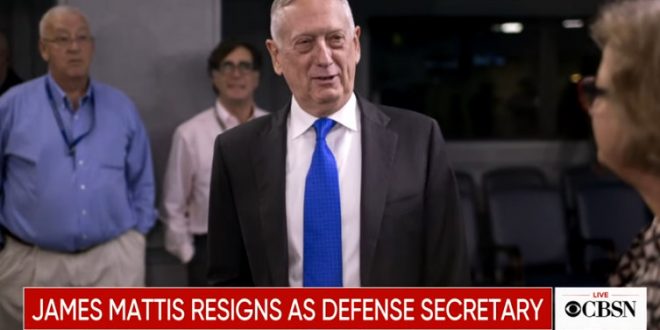 “One core belief I have always held is that our strength as a nation is inextricably linked to the strength of our unique and comprehensive system of alliances and partnerships. While the US remains the indispensable nation in the free world, we cannot protect our interests or serve that role effectively without maintaining strong alliances and showing respect to those allies.”

In that single paragraph, which sums up the sentiment of the longer letter, Mattis rejects out of hand Trump’s “America First” foreign policy that had led to clashes with a slew of longtime allies — from Germany to Britain to Australia and back.

From Trump’s decision to pull out of the Paris climate accord to his recent announcement that the United States would be leaving Syria — a decision with which Mattis disagreed — Trump has shown time and time again that he rejects the post-World War II alliance structure that presidents, Republican and Democratic, have relied upon for more than seven decades.

Previous CHATTER AWAY: Overnight Open Thread
Next Glorious Leader: I Know Technology Better Than Anyone