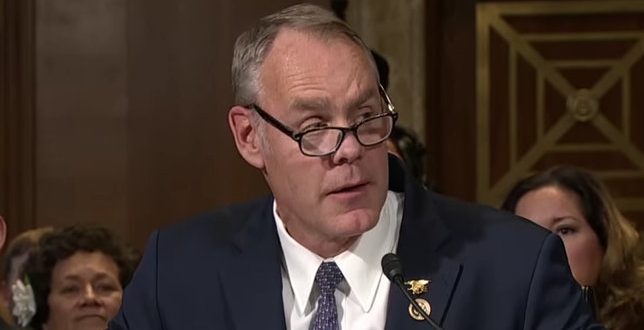 Interior Secretary Ryan Zinke has notified the White House that he intends to step down amid federal investigations into his travel, political activity and potential conflicts of interest, according to three people familiar with the matter.

Zinke’s decision, expected to be announced on Wednesday, comes as Democrats, who’ve vowed to grill the him over his conduct, are about to take control of the House of Representatives, raising the prospect of heightened oversight — and a crush of legal bills from defending himself.

Concern about all the scrutiny and legal costs on the horizon were factors in Zinke’s decision to quit, said the people, who asked not to be identified to discuss it.

Secretary of the Interior @RyanZinke will be leaving the Administration at the end of the year after having served for a period of almost two years. Ryan has accomplished much during his tenure and I want to thank him for his service to our Nation…….

…….The Trump Administration will be announcing the new Secretary of the Interior next week.

VICTORY! Ryan Zinke will resign as @interior secretary amid his massive corruption and scandals. Zinke’s days of plundering our lands and using his public office for personal gain are over. https://t.co/UFDK3J29zX

Previous Catholic League: Hollywood Punishes Anti-Gay Speech But Does Nothing When People Tell Jokes About Jesus
Next Mulvaney In 2016: “Trump Is A Terrible Human Being”