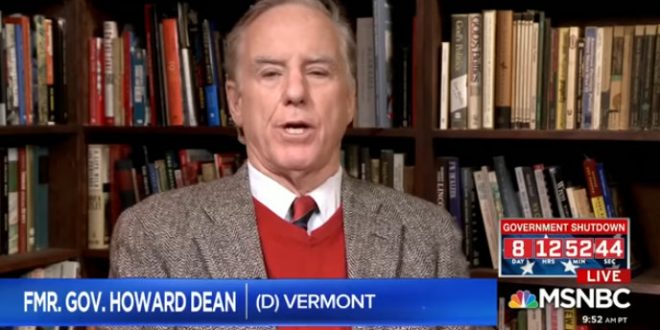 “I actually think the president is mentally incapacitated and I have thought so for quite some time,” Dean, a frequent critic of Trump’s known for his polarizing comments, said on MSNBC.

“You can’t really make a bargain with somebody who is irrational, because they won’t keep it,” Dean went on to say.