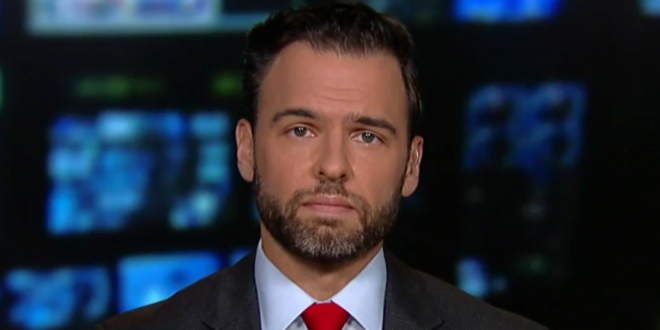 The National Republican Congressional Committee was hacked this election cycle, it admitted Tuesday afternoon. “The NRCC can confirm that it was the victim of a cyber intrusion by an unknown entity.

The cybersecurity of the Committee’s data is paramount, and upon learning of the intrusion, the NRCC immediately launched an internal investigation and notified the FBI, which is now investigating the matter,” NRCC spokesman Ian Prior [photo above] said in a statement.

“To protect the integrity of that investigation, the NRCC will offer no further comment on the incident.”

The hack became a major source of consternation within the committee as the midterm election unfolded. The NRCC brought on the prominent Washington law firm Covington and Burling as well as Mercury Public Affairs to oversee the response to the hack.

The NRCC paid the two firms hundreds of thousands of dollars to help respond to the intrusion. The committee’s chief legal counsel, Chris Winkelman, devoted hours of his time to dealing with matter.

Party officials would not say when the hack began or who was behind it, although they privately believe it was a foreign agent due to the nature of the attack. Donor information was not compromised during the intrusion, the party officials said.

Previous Trump Claims French Rioters Are Chanting His Name
Next Lindsey Graham Tees Off After CIA Briefing On Saudis: It’s Not A Smoking Gun, It’s A Smoking Saw [VIDEO]