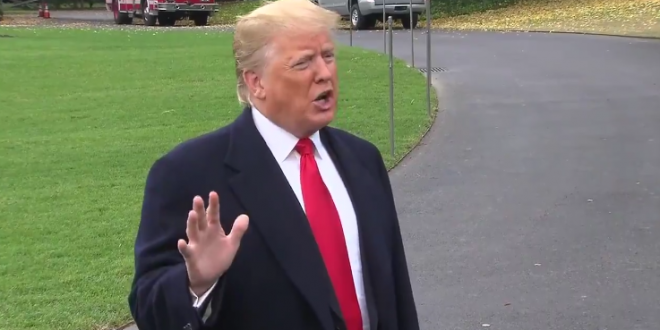 Hair Furor: Thank You, I Have Been “Totally Cleared”

As news outlets (including CNN) cover the Michael Cohen memos, President Trump just tweeted, “Totally clears the President. Thank you!” He did not offer further explanation of his comment. Cohen previously served as President Trump’s personal attorney. He famously once declared he would “take a bullet” for Trump.

The special counsel memo states that Cohen’s false statements to investigators about the Trump Tower Moscow project “obscured the fact that the Moscow Project was a lucrative business opportunity that sought, and likely required, the assistance of the Russian government.”

Totally clears the President. Thank you!

It’s finally over. The President is totally cleared. Thank you to all. Now to get on with the important work before us—making sure that everyone knows Donald Trump is in fact both extremely normal and extremely popular.

“Does it say Trump is guilty?”

“Err No. They instead use Individ…”

If by “totally clears” you mean “implicates in felony conspiracy” then . . . SURE!