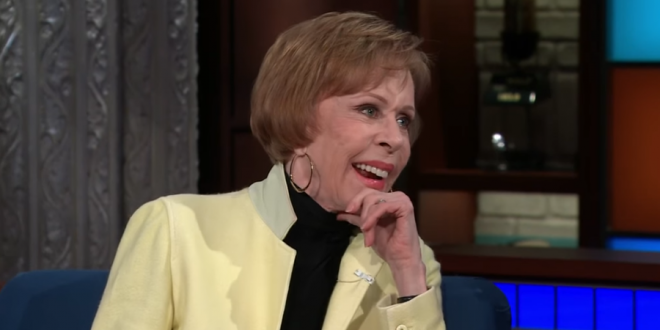 The Golden Globe Awards will introduce a new TV special achievement trophy at next month’s telecast and name it after its first recipient — comedic icon Carol Burnett.

The Hollywood Foreign Press Association said Tuesday the Carol Burnett Award — the small-screen version of the group’s film counterpart, the Cecil B. DeMille Award — will annually honor someone “who has made outstanding contributions to television on or off the screen.”

The first Carol Burnett Award will, fittingly, go to Burnett, a five-time Golden Globe winner who was the first woman to host a variety sketch show, “The Carol Burnett Show,” which ran for 11 years and received 25 Emmy Awards. The 85-year-old Burnett will be on hand to accept her namesake award during the Jan. 6 ceremony, live on NBC.