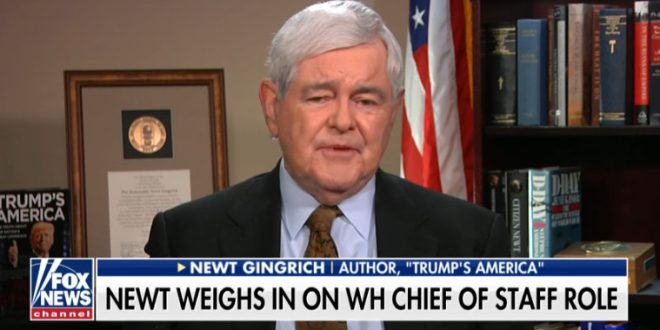 Former House Speaker Newt Gingrich on Thursday adamantly denied that he’s being considered for White House chief of staff, shooting down speculation that surged in the press after he was spotted visiting 1600 Pennsylvania Avenue a day earlier.

Speaking on “Fox & Friends,” Gingrich said he and his wife Callista were merely there looking at the Christmas decorations. He noted the press spotted him and “that promptly jumped to ‘Oh, are you being interviewed?’

“No, I was actually just wandering around looking at decorations,” he insisted. “I was there as an American citizen looking at one of the most famous of American buildings.”

Previous Trump: I “Never Directed” Cohen To Break The Law
Next Report: Trump Is Privately Fretting About Impeachment