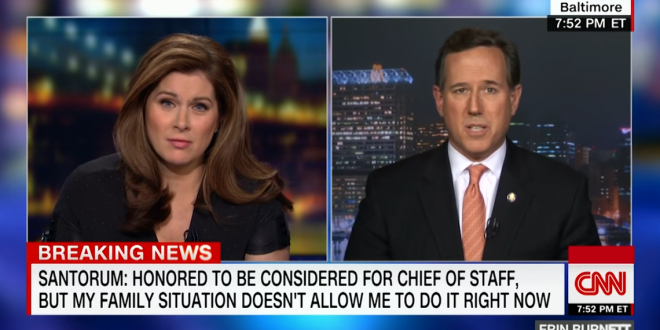 Frothy Mix: I Don’t Want To Be Trump’s Chief Of Staff

Former Pennsylvania senator Rick Santorum said he will not take the soon to be vacant White House chief of staff job. The Washington Post reported Tuesday night that some of President Trump’s aides thought that Santorum was a contender after he was spotted with the president at Saturday’s Army-Navy football game in Philadelphia.

However, Santorum confirmed he would not take the job Tuesday night on the CNN program Erin Burnett OutFront. “It’s a honor to even be considered. I think it is a great job and I know there are a lot of people out there. Bottom line really just like Nick Ayers my family situation really doesn’t allow me to do that right now,” said Santorum.