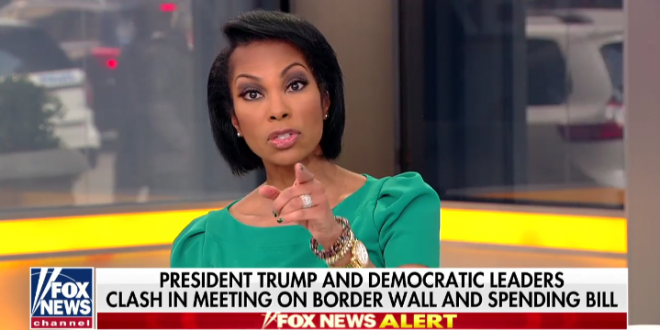 Harris Faulker and Melissa Francis, two of the co-hosts on Fox News’ Outnumbered, vehemently denied that President Donald Trump threatened to shut down the government unless he gets what he wants in negotiations with congressional leaders.

Fellow co-host Marie Harf noted that during a meeting with Senate Minority Leader Chuck Schumer and House Minority Leader Nancy Pelosi, Trump said he would accept blame for a government shutdown if he did not get what he wanted from the Democratic leaders. Francis and Faulkner responded by arguing, “That’s not what he said.”

In reality, the president told Schumer, “If we don’t get what we want, one way or the other, whether it’s through you, through a military, through anything you want to call, I will shut down the government. “

Hit the link for the stupid, stupid transcript.