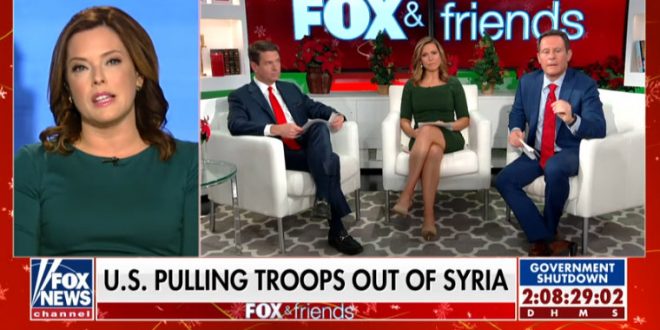 White House spokeswomen Mercedes Schlapp appeared for an interview on Fox & Friends Monday, where she was challenged by host Brian Kilmeade to name a single adviser that told President Donald Trump to withdraw troops from Syria.

“Can you name an adviser the president has that recommended he pull out 2,000 troops?” Kilmeade asked.

Schlapp dodged: “I’m not going to get into the internal discussions of how the decision was made. At the end of the day, we all serve in the position of advising the president.”