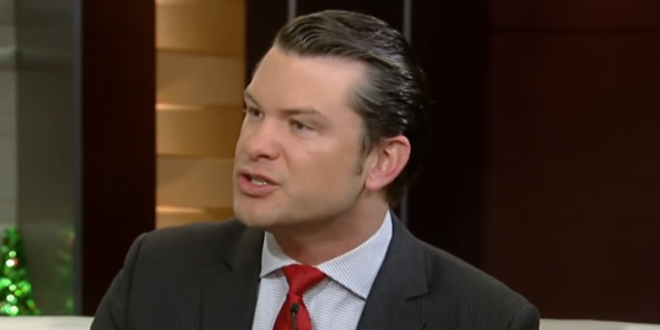 Fox News host Pete Hegseth was paid roughly $10,000 by Republicans in Michigan to speak at a fundraising event with then-Senate candidate John James. Fox News then allowed Hegseth to repeatedly interview James and promote his candidacy on its network.

Hegseth, a Republican who has said that he doesn’t consider himself a journalist, co-hosts Fox & Friends Weekend. ​

Fox News recently claimed that it “does not condone any talent participating in campaign events,” which is a blatant lie. In reality, Fox News personalities regularly appear at events for candidates and political parties and sometimes get paid to do them.

Hit the link to read the praise Hegsbeth lavished on James during their multiple interviews.