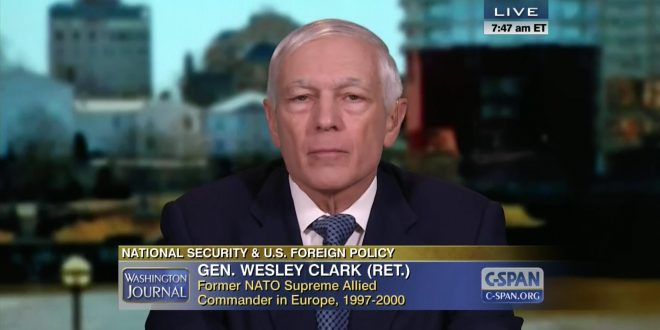 “There doesn’t seem to be any strategic rationale for the decision. And if there’s no strategic rationale for the decision then you have to ask, why was the decision made? People around the world are asking this and some of our friends and our allies in the Middle East are asking, did Erdogan blackmail the president? Was there a payoff is or something? Why would a guy make a decision like this? Because all the recommendations were against it.” – Retired general and former NATO supreme commander Wesley Clark, speaking about the withdrawal of US troops from Syria.

Ex-NATO Supreme Allied Commander @GeneralClark: “I’m very concerned” about the US withdrawal from Syria because “there doesn’t seem to be any strategic rationale for the decision.”

“Did Erdogan blackmail the president? Was there a payoff is or something?” https://t.co/UQv2VD93oo pic.twitter.com/QAwWNjkOY3

President @RT_Erdogan of Turkey has very strongly informed me that he will eradicate whatever is left of ISIS in Syria….and he is a man who can do it plus, Turkey is right “next door.” Our troops are coming home!