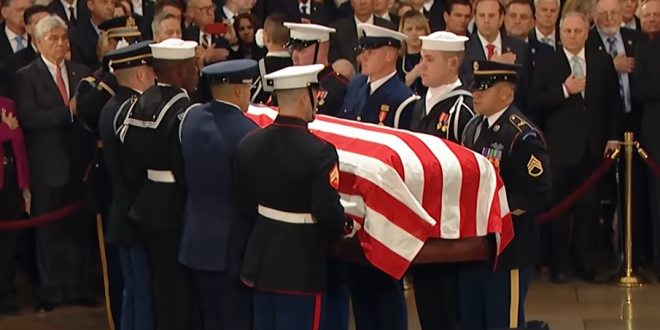 Federal Gov’t And USPS To Close For GHWB Funeral

The federal government and large portions of the country’s financial sector will be closed on Wednesday for a day of mourning following the death of President George H. W. Bush. It will be the first day of mourning for a former president since 2007 following Gerald Ford’s death.

The U.S. Postal Service: Some package services will still be running, but all other mail delivery will be postponed and post offices will be closed. Congress: The House of Representatives will postpone votes for the week after Bush’s death. The Senate will postpone until after Wednesday’s funeral.

Stock markets: The New York Stock Exchange and NASDAQ will be closed on a non-holiday for the first time since Hurricane Sandy in 2012. The Supreme Court: The nation’s highest court will postpone arguments on Gamble v. United States, a case it is currently hearing, until Thursday.