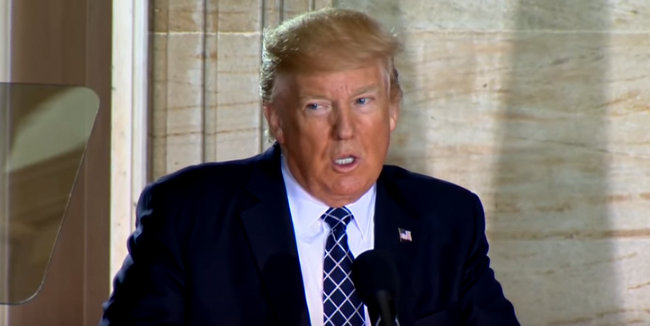 A yard sign displaying two of President Donald Trump’s oft-used phrases, “Fake News,” and “#MAGA” — with an arrow pointing to the marquee of the Holocaust Memorial Museum of San Antonio — was removed Tuesday morning from the Campus of the San Antonio Jewish Community, officials said.

The sign was placed so its arrow pointed to the museum’s freestanding marquee. It was discovered by groundskeepers at about 7 a.m. Tuesday. “It’s clearly a statement of Holocaust denial,” said Ronit Sherwin, CEO of the Jewish Federation of San Antonio, which operates the museum.