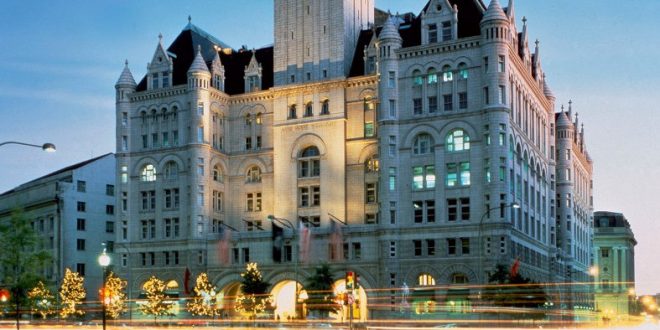 The Trump International Hotel in Washington, D.C., which towers above other buildings near the White House, is best known for hosting global diplomats and prominent dignitaries in its lavish facilities.

But last Friday afternoon (Dec. 7), one of the hotel’s many glimmering ballrooms was transformed into a sanctuary, where dozens of worshippers held their hands aloft and spoke in tongues as Jon Hamill, co-founder of Washington, D.C.-based Lamplighter Ministries, led the group in prayer.

Hamill — whom supporters describe as a prophet — closed his eyes tightly and shouted above the chattering: “In Jesus’ name, we declare the Deep State will not prevail!” Speakers at the conference described visions, prophesies, direct conversations with God and encounters with angelic beings.

Hamill, by the way, is among the evangelicals who claims to be able to turn away hurricanes with the power of his prayers.