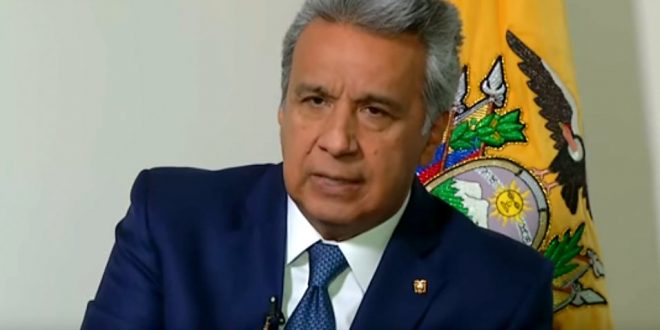 Ecuador Says Assange Can Leave Embassy If He Wants, Britain Has Promised No Extradition For Death Penalty

Ecuador’s president has ramped up pressure on Julian Assange to leave his country’s embassy in London, saying that Britain had provided sufficient guarantees that the WikiLeaks founder won’t be extradited to face the death penalty abroad.

Lenin Moreno’s comments in a radio interview Thursday suggest that months of quiet diplomacy between the U.K. and Ecuador to resolve Assange’s situation is bearing fruit at a time when questions are swirling about the former Australian hacker’s legal fate in the U.S.

“The road is clear for Mr. Assange to take the decision to leave,” Moreno said, referring to written assurances he said he had received from Britain. Moreno didn’t say he would force Assange out, but said the activist’s legal team is considering its next steps.

Great Britain says he will be arrested if leaves the embassy. Moreno said the sentence for skipping bail would be “not long.” The UK has told Ecuador that his jail time would not exceed six months and that he would not face extradition if he left the embassy. Assange insists British authorities will hand him over to the United States.

The US does carry a potential death penalty for espionage but the last such executions were in 1953 with Ethel and Julius Rosenberg.

Not incidentally, their case also has a link to Trump as they were prosecuted by infamous homocon Roy Cohn, who went on to become Trump’s personal attorney.

Previous REPORT: Trump Has Funneled $1.1 Million In 2020 Campaign Donations Back Into His Own Businesses
Next FRC Asks Churches To Distribute Their Xmas Money Beg